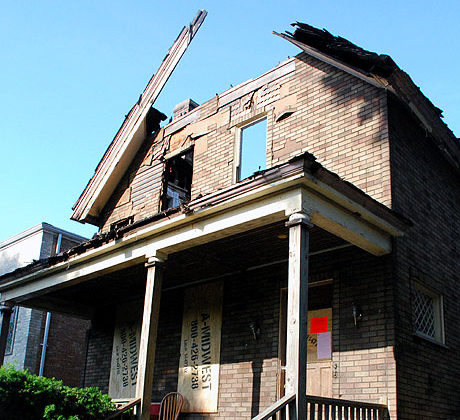 Evanston fire investigators are still trying to determine the cause of an extra-alarm pre-dawn house fire today.

Evanston fire investigators are still trying to determine the cause of an extra-alarm pre-dawn house fire today.

Fire units responding to a 911 call just before 4 a.m. found heavy flames coming from the roof at the rear of the building at 1125 Dewey Ave. 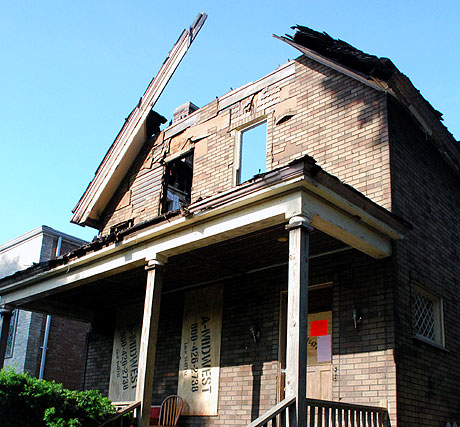 It took firefighters two hours to fully extinguish the blaze, which caused an estimated $200,000 damage, mostly to the second and third floors of the building.

Fire Division Chief Tom Janetske says the building was unoccupied at the time of the fire and there were no civilian injuries, but three firefighters suffered minor injuries.

Firefighters managed to prevent the blaze from spreading to neighboring buildings on either side, and residents of those buildings were able to return home by 6 a.m.

Fire and ambulance units from nearby communities were called in to assist at the scene and provide backup coverage through the city while Evanston fire units fought the blaze.

Update 9:15 a.m. 6/19/09: County Recorder of Deeds files show that foreclosure proceedings were begun against the property last August. Its current ownership status could not immediately be determined.