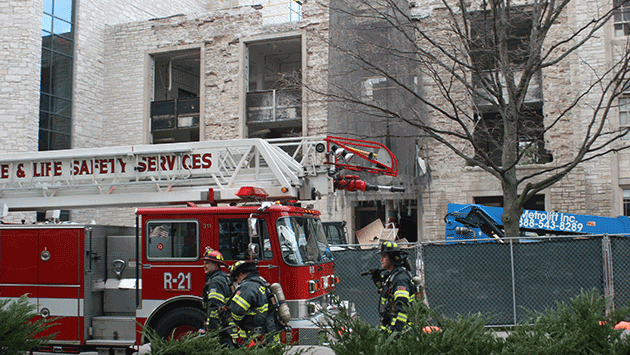 Update 9:55 a.m.: Evanston firefighters were able to quickly extinguish a fire that broke out at Northwestern University's Kresge Hall this morning.

First units responding to the four-story classroom building at 1880 Campus Drive reported smoke showing on the east side of the building.

The fire broke out in some construction debris in a section of the building undergoing renovation.

Fire officials say welderss were cutting pipe on the third floor of the building and embers fell through a pipe chase, igniting debris and aerosol cans on the second floord.

The building was evacuated, and there were no reports of any injuries.

Traffic was diverted off Sheridan Road while firefighters were on the scene.