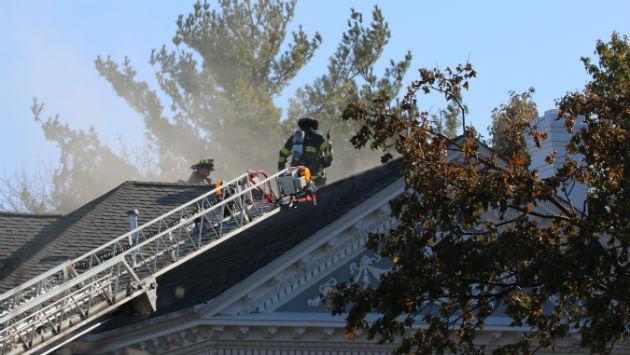 A fire broke out in a large single family home at 1047 Forest Ave. shortly after 10 o’clock this morning.

Fire officials at the scene say the blaze apparently broke out on the first floor of the Greek Revival-style home in the Lakeshore Historic District and then extended to the second floor. 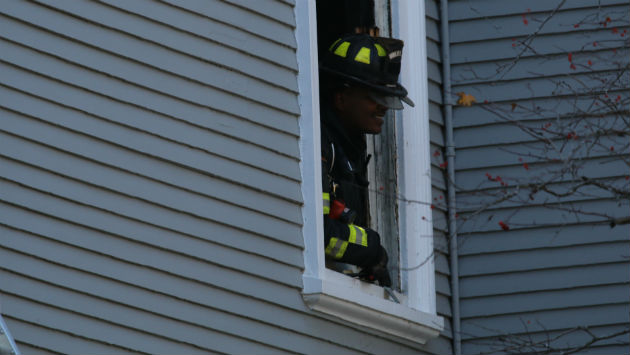 A firefighter leans out a window of the home to ask for help from other fire crews outside.

Firefighters from several surrounding communities, including Morton Grove, Skokie and Wilmette, were called in to assist in putting out the fire in the home on the southeast corner of Forest Avenue and Greenleaf Street. 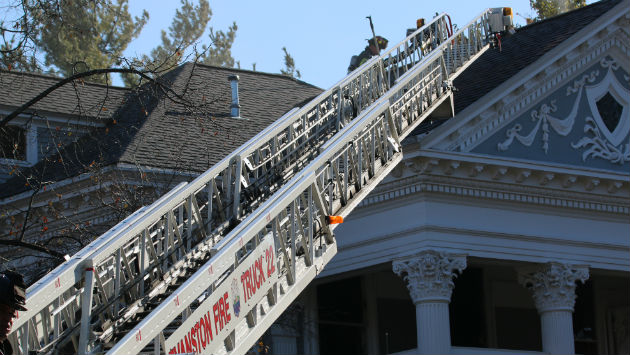 Update 1 p.m.: Fire Division Chief Paul Polep says residents of the home reported the fire and managed to get out of the building safely. No firefighters were injured either. But Polep says the family will have to relocate for a couple days. 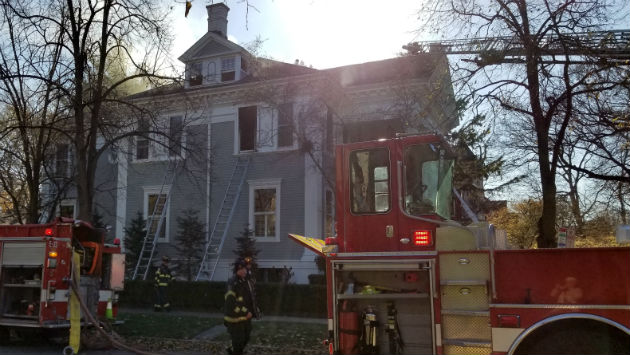 The cause of the fire is under investigation. The home was sold to new owners in March this year for $1.42 million.