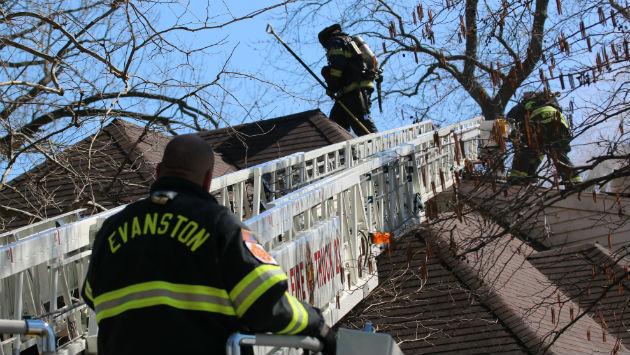 Evanston firefighters called in units from neighboring communities to help fight the blaze, which primarily affected the attic of the one-and-a-half story home. 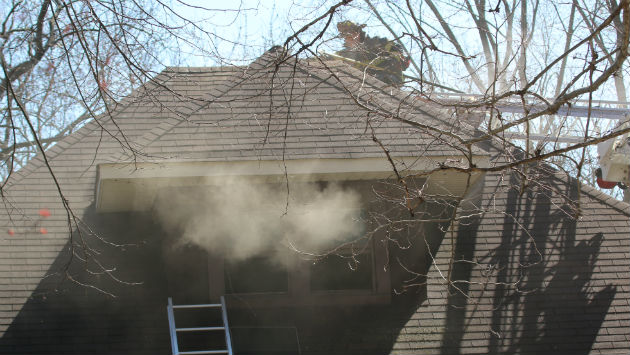 The owners of the home reportedly were not at home at the time of the fire, which was declared out within a half hour of when firefighters first arrived on the scene. 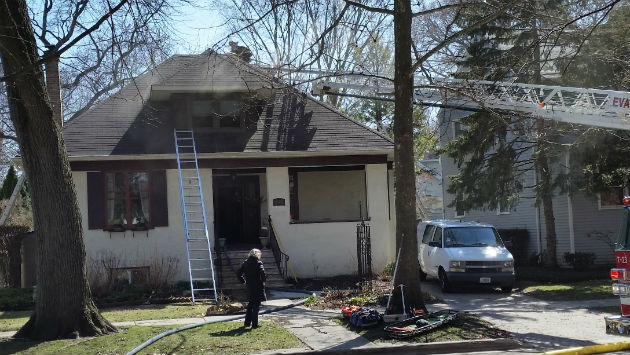 Update 4:45 p.m.: A contractor doing some electrical work on the home sustained minor burns to one hand. Fire Division Chief Dwight Hohl says the contractor was evaluated by paramedics on the scene and signed a medical release.

A board up company was called to close up holes firefighters had to make in the roof. Hohl says the homeowners will be temporarily displaced by the fire, and the department's fire prevention bureau will investigate to determine what caused the blaze.