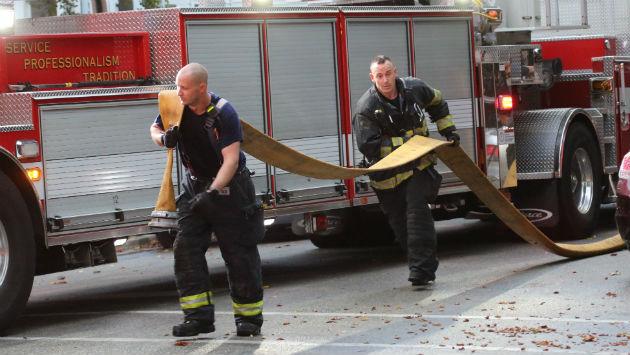 Fire struck a home at 1726 Lyons St. in Evanston shortly before dawn this morning.

Fire crews from several nearby communities, including Morton Grove, Northfield, Skokie and Winnetka, assisted Evanston firefighters in extinguishing the blaze. 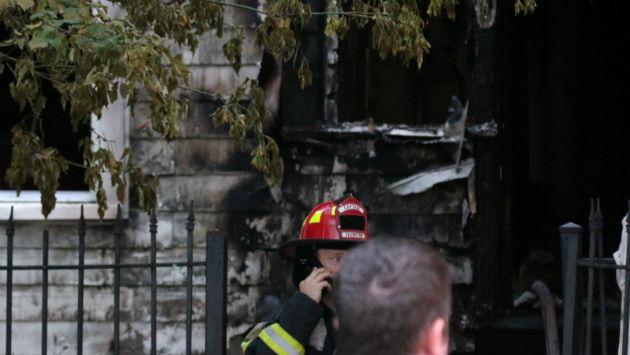 Update 9:10 a.m.: Fire Division Chief Paul Polep says the fire broke out about 5 a.m. and crews managed to bring it under control within 15 minutes.

Polep says the seven children and three adults in the home managed to escape the building safely. One of the adults was transported to a hospital for treatment of minor smoke inhalation. Polep says the residents will be displaced for some time and have made temporary living arrangements.

The cause of the fire, which mainly damaged the front of the building, is under investigation by the Evanston Fire Prevention Bureau.