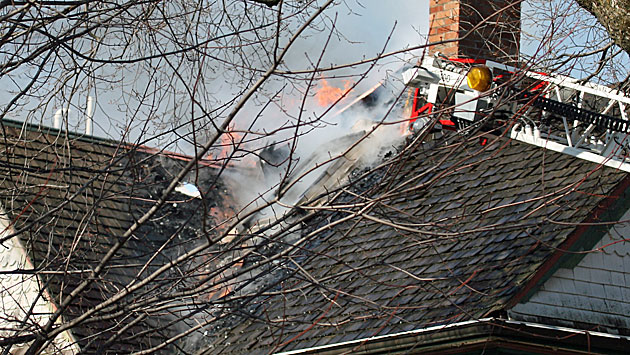 A Fire Department official spotted flames shooting from the roof of a home on Elmwood Avenue as he drove by shortly before noon today.

Fire Division Chief Geoff Block called in the first report of the fire, which soon brought all of Evanston's fire units to the scene at 1318 Elmwood Ave. as well as a tower truck from Skokie and a squad from Morton Grove.

Fire Chief Greg Klaiber says the four residents of the two-and-a-half-story Victorian home managed to escape without injury. They'd been in the basement or on the first floor of the home and weren't aware of the blaze. 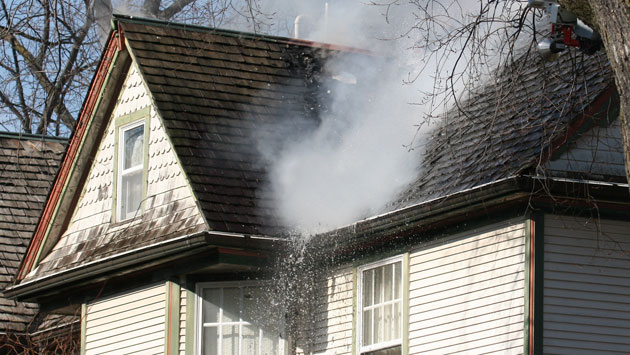 Top: Flames visible along the roofline as firefighters pour water on the blaze. Above: Water cascades off the eaves of the home.

Klaiber says Block was at the intersection of Elmwood Avenue and Dempster Street when he looked up and saw black smoke coming from the roofline. As he drove north on Elmwood he could see flames coming from around the chimney area of the home. 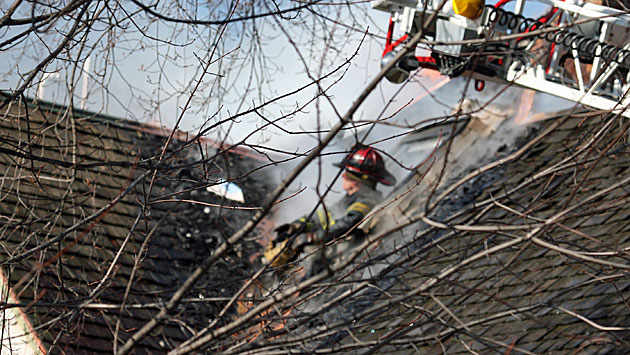 A firefighter peers through a broken skylight at the still-smouldering roof.

The fire had already broken through the roof by the time firefighters arrived and dragged a hose line up to the third floor converted attic space. Klaiber says crews managed to confine the fire to the third floor, but that there was some water damage to other parts of the home. 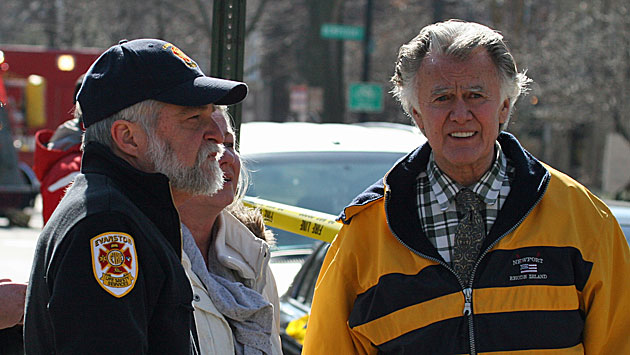 A fire department chaplain speaks with homeowners Donice and Richard Wall, who said they didn't know the house was on fire until firefighters arrived.

He says it appears the fire may have started in an electrical junction box in the attic. The residents of the home will be displaced until repairs can be made.

Traffic was blocked off on Elmwood and on Dempster near the fire scene. No dollar estimate of the damage from the fire was immediately available.