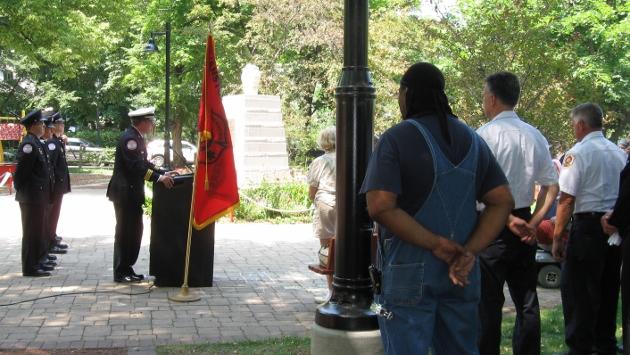 Every year, on July 22, at precisely 2:25 p.m., Evanston’s firefighting community performs a Remembrance Ceremony to honor the lives of three fallen firefighters.

That solemn ceremony was held today at Firemen’s Park, at Simpson Street and Maple Avenue, for about 50 residents, city officials, police, and firefighters to mark “a day we will always remember,” in the words of Division Chief Brian Scott, who presided in the absence of Chief Greg Klaiber, who was out of the city. 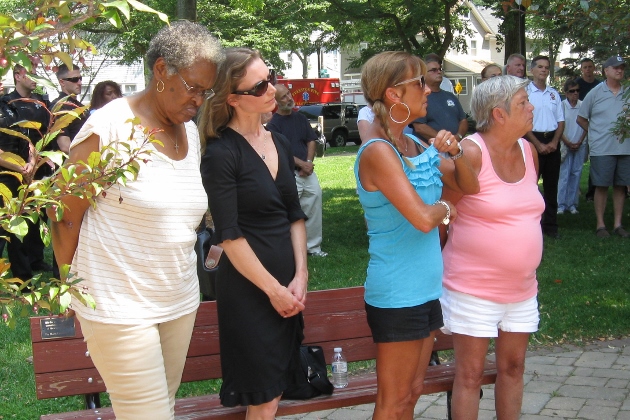 Fifth Ward Ald. Dolores Holmes, at left, was among the attendees.

The fallen firefighters were Marty Leoni, William Craig, and George Stiles. They are the only firefighters killed in the line of duty in the department’s 139 years of existence.

The most recent was Leoni, who died on July 22, 1985, in a fire at 1927 Jackson Ave, while entering a burning building to rescue a child he was told was inside.

Craig and Stiles were killed fighting a fire on Dec. 13, 1905, at the old Mark Manufacturing Co. building at 1900 Dempster St., when they were buried under burning debris. 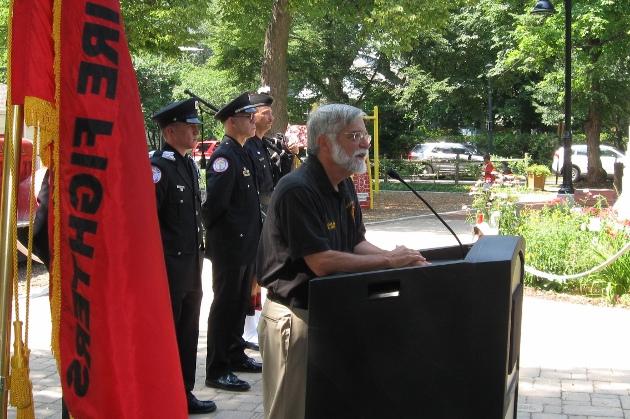 In keeping with tradition, a cookout was held at the park following today’s ceremony.