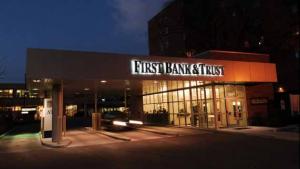 For the first time in its 20-year history, First Evanston Bancorp, Inc., the parent corporation of First Bank & Trust Co., has ended a calendar quarter with assets exceeding a billion dollars.

Chairman and CEO Robert Yohanan shared the positive news with shareholders Friday, along with the regular quarterly earnings report that detailed financial results as of the end of March.

“From management’s standpoint,” Yohanan cautioned, “the quality of our assets is a more important factor than pure size, but the achievement does demonstrate the continuing growth of the bank in those markets in which we operate.”

He noted, also, that the bank maintained Veribank’s highest Green 3-Star rating for strength and stability, as of the end of 2015.

“The first three months of the year have gone very well for the company,” Yohanan noted, adding, “we are hopeful that the remaining months will continue the established trend.”