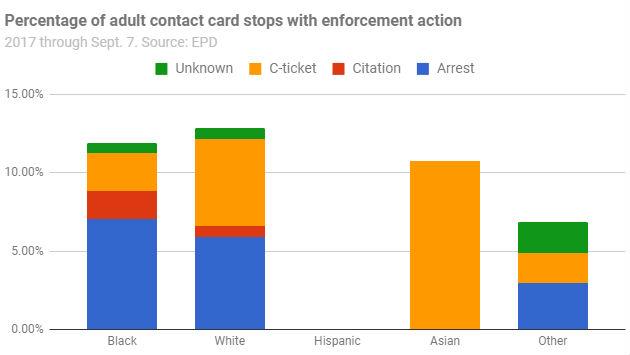 Aldermen on Evanston’s Human Services Committe got data Monday on the the outcomes of police stops of adults and juveniles and were told the panel named last month to assess police practices will hold its first meeting next week.

The data for the year through Sept. 7 shows that about two thirds of those stopped are black, about a quarter are white, with the rest members of other racial or ethnic groups.

That’s roughly in line with the distribution of racial descriptions of suspects that crime victims in the city provide police.

Among the 1,226 adults stopped, the results of stops were roughly similar for whites and blacks — with about 12 percent of those stopped being subject to some enforcement action. 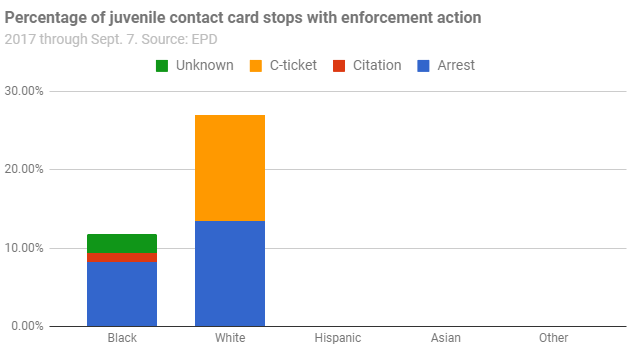 Among the 126 juveniles stopped, there was a larger disparity between whites and blacks — mostly accounted for by the five C-tickets issued to white juveniles.

A lower percentage of enforcement actions for one group compared to another can be a sign that officers will stop members of that group with less evidence to believe they’re engaged in illegal activity.

But the relatively small number of stops of juveniles makes it more difficult to draw any conclusions.

The Citizen Police Complaint Assessment Committee named by Mayor Steve Hagerty Sept. 9 and approved by the City Council Sept. 11, is now scheduled to hold its first meeting at 6 p.m. on Thursday, Oct. 12, in  Room 4802 of the Civic Center.