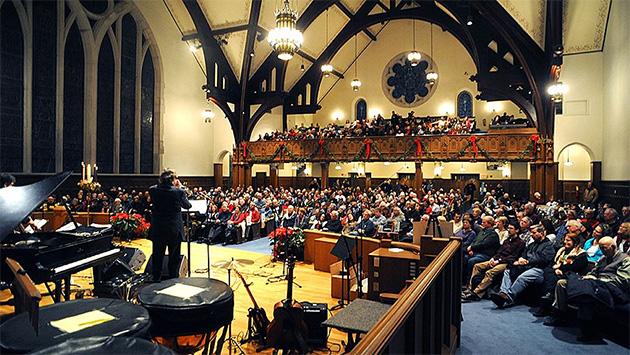 First Night Evanston organizer Emily Guthrie says over 2,000 people turned out on a chilly, snowy New Year's Eve for the revival of the event.

And in just a few days, she says, volunteers will start planning for an expanded program a year from now. 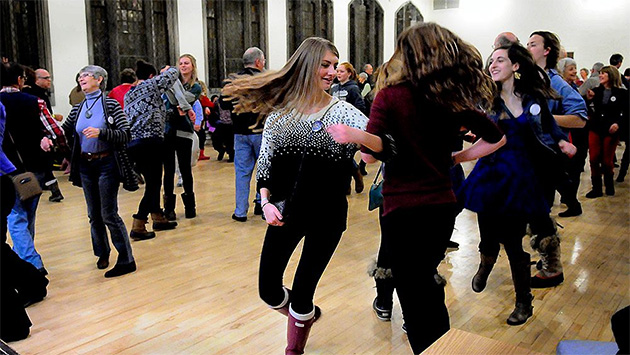 "We hope to double the number of venues and have a longer program — with more afternoon events as well as evening ones — to encourage more people to arrive in the afternoon, have dinner at a downtown restaurant and then return for evening events," Guthrie added.

She also hopes to expand children's events, "spread it out over maybe five hours or so so that regardless of kids' nap times they can still have programs to attend."

Guthrie says she hopes to expand to a dozen event venues and 50 to 65 performers and draw as many as 5,000 people downtown for the 2014 edition of the event. 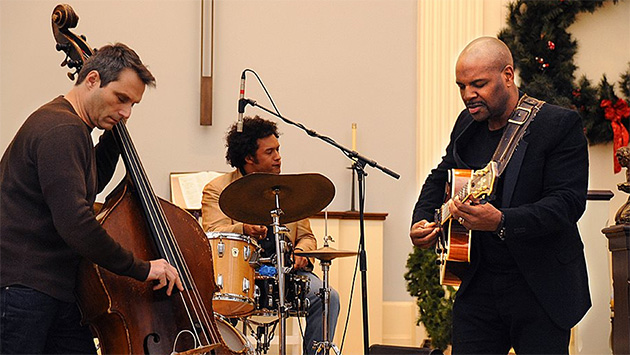 "But we'll still try to stay east of Chicago Avenue for the most part, and try to limit it to three blocks," so it's still easy for people to get around on foot.

Guthrie says revenue for the non-profit event hasn't been totalled yet, "but I think we made a little money." 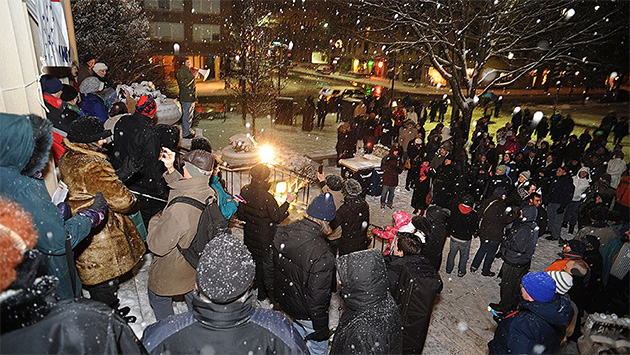 New Year's countdown on the steps of the Music Institute on Chicago Avenue. Mike Kelly photo.