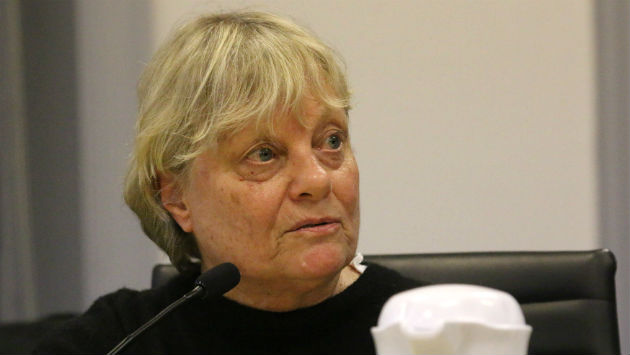 The change would remove one barrier to approval of a planned office building at 1714-1720 Chicago Ave.

As originally proposed, the office building plan called for rezoning the property, now commonly referred to as the library parking lot, from the R6 residential zone to the D3 downtown zone.

Opponents collected petition signatures from neighbors, which, under city rules, raised the threshold for approving the zoning map amendment to a three-quarters vote of aldermen — or seven of the nine City Council members.

Changing what’s allowed in the property’s existing zone to permit office developments would remove that obstacle to the development.

But because the parking lot is owned by the city, selling the property to the developer would still require a two-thirds vote by aldermen, or six votes in favor.

Parcels city staff say would be affected by the proposed change are outlined in red.

The concept to be discussed by the Plan Commission would permit office uses without ground floor commercial space in R5 and R6 residential districts that are adjacent to D2 Downtown Retail Core and D3 Downtown Core Development districts.

In addition to the library lot, the change would affect:

In a memo to the Plan Commission about the proposed change, Community Development Director Johanna Leonard says allowing office uses in a less restrictive manner in areas adjacent to denser downtown development has the potential to meet objectives of the city’s comprehensive plan to retain and attract business to strengthen the city’s economic base while maintaining the appealing character of the city’s neighborhoods.

If the Plan Commission approves the proposed change it would go to the City Council for a final vote.