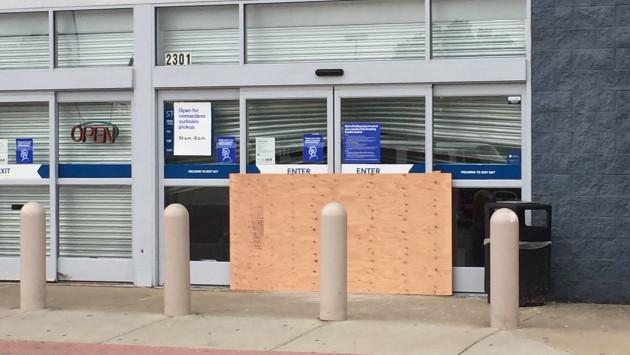 Evanston police say officers managed to arrest five people from a large group that invaded the Best Buy store at 2201 Howard St. this afternoon and ran out with stolen merchandise.

That’s on top of seven who were arrested after a similar incident involving an even larger group of people Sunday night.

Cmdr. Brian Henry says the seven from the Sunday attack are in the process of being charged. He added that none of the persons in custody are Evanston residents.

Police also towed six vehicles that they say were used in the commission of the crimes.

While Gov. J.B. Pritzker this afternoon issued a disaster declaration and announced plans to deploy state police troopers and National Guard troops to some suburban areas, Henry said he had no indication that any of those forces would be assigned to Evanston.

But he said Evanston police would be coordinating with regional law enforcement agencies to share information and provide assistance, if necessary.

He said anyone who sees suspicious activity should call 911.

Update 7:10 a.m.: Interim City Manager Erika Storlie says the city has not requested aid from the state police or the guard and they would not be deployed here.