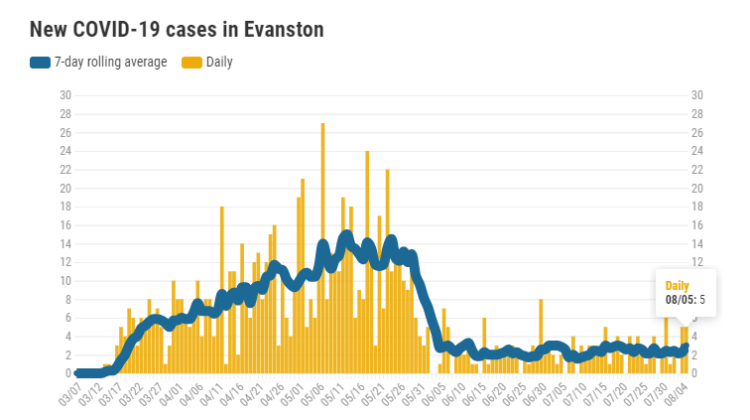 Evanston health officials the city saw five new COVID-19 cases for the second day in a row today while the state had 1,759 cases, its highest number in nearly a week.

The city’s case count now stands at 880 but Evanston’s death toll has continued to hold steady at 71 since July 11.

The Illinois Department of Public Health reported test results for 46,668 people today, the second highest total of the pandemic and said that 3.8% of those tested received positive results, compared to a seven-day average of 4%.

The IDPH reported test results for 332 Evanston residents and found five positive cases for a positive rate of 2.2%. Four of the five cases were in the north Evanston 60201 ZIP Code.