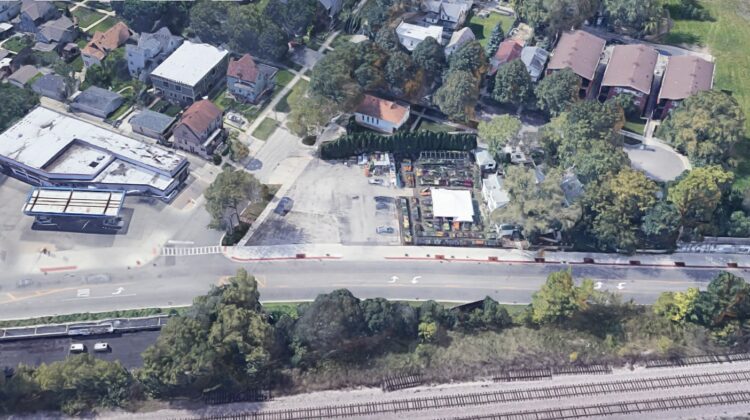 Parcels on the west side of Green Bay Road, from the car wash just south of Foster Street to the homes just south of the former rail tracks south of Simpson street are one of the areas suggested for redevelopment in the TIF plan.

One resolution calls for subdividing the tax parcel containing the Civic Center and Ingraham Park and seeks to remove the park from the proposed TIF district.

That responds to fears voiced by some residents that the park area might be redeveloped for some other purpose during the life of the TIF, but it also would precludes using TIF funds for park improvements.

Another resolution provides a set of project goals for the TIF — including:

Both the inclusions and exclusions on those lists are designed to address objections raised by some residents about the proposed TIF district.

Up for introduction are three ordinances approving the TIF redevelopment plan, designating the TIF project area and adopting the tax increment allocation financing program for the TIF.

The redevelopment plan envisions spending nearly $90 million in incremental tax revenue over the 23-year life of the TIF.

The plans also anticipate that incremental tax revenue from the area would gradually increase, reaching $2 million annually by the fifth year of the TIF.

The ordinances, if introduced Monday night, will still require a final approval vote at a future City Council meeting to take effect.