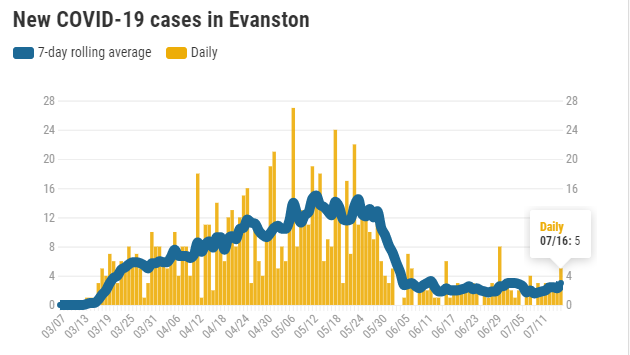 Evanston health officials reported five new COVID-19 cases today for a total of 930 while across Illinois there were 1,257 new cases for a total of 157,950.

Evanston’s death toll remained unchanged at 71. Statewide there were 25 more deaths for a total of 7,251.

The Illinois Department of Public Health reported test results for 43,006 people, a new record high. The positive rate on tests today was 2.9%, while the seven-day average positive rate stands at 3.1%