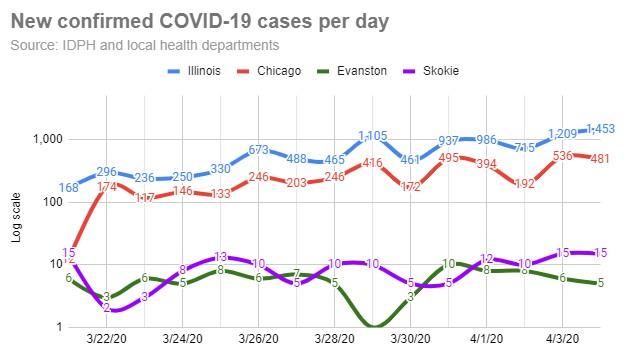 Skokie also reported that 21 of its coronavirus patients have recovered. Similar data was not available for the other communities.

Gov. J.B. Pritzker, at his news conference this afternoon, urged residents to wear masks when they go to places like grocery stores where they are likely to encounter groups of other people. He said the masks probably aren’t needed if you’re just out taking a walk in an area where you’ll generally be alone.