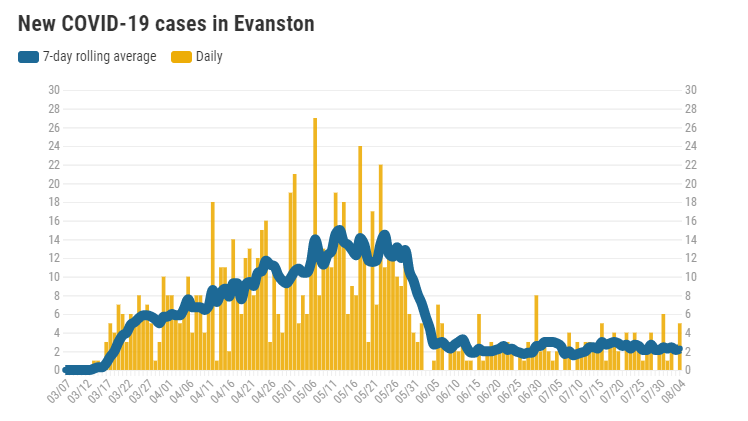 Evanston health officials reported five new cases of COVID-19 today, raising the city’s seven-day average of cases to 2.3 and its case count for the pandemic to 875.

The death toll among Evanston residents from the disease remained at 71 where it’s been since July 11.

The IDPH reported test results for 249 Evanston residents today. It said it found two positive cases here for a positive rate of 0.8%.