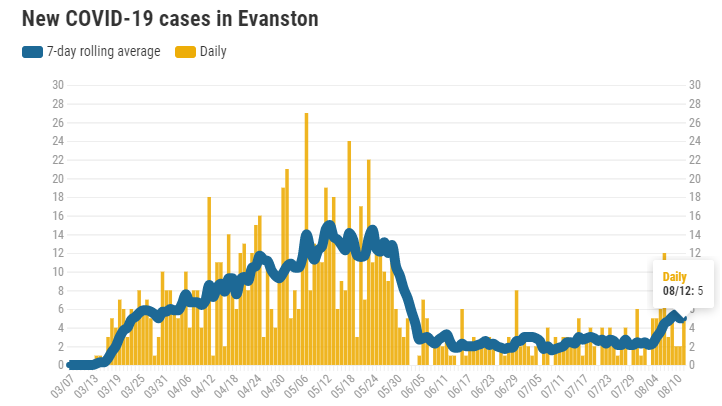 Evanston health officials reported five more COVID-19 cases in the city today while across the state 1,645 people were diagnosed with the disease.

The Illinois Department of Public Health reported results of tests on 42,098 residents today with a 3.9% positive rate. That’s compared to a seven-day average positive rate of 4.1%

The positive rate for the 217 Evanston residents whose results were reported today was 2.3% Three of today’s cases were north of Dempster Street and two were south of Dempster.