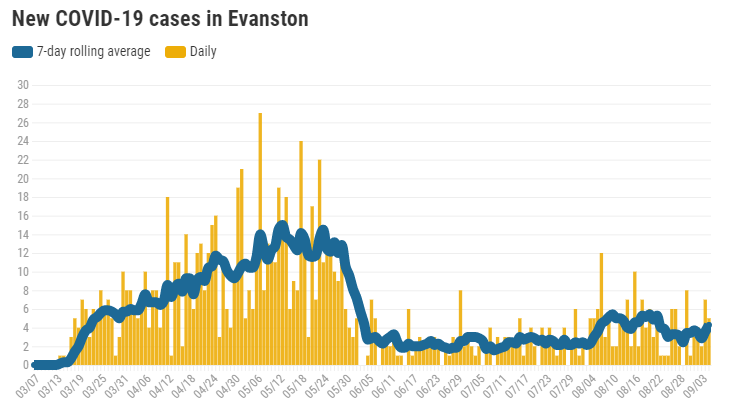 The Illinois Department of Public Health reported results of tests on 61,935 people. That’s the second highest daily test number so far, outstripped only by the 149,273 reported Friday when the IDPH said it was clearing up a backlog of test results.

The IDPH reported test results for 700 Evanston residents today and said it found five positive cases, for a positive rate here of 0.7%. The city listed the total case count in Evanston as 1,012 today, while the state said it was 1,016.