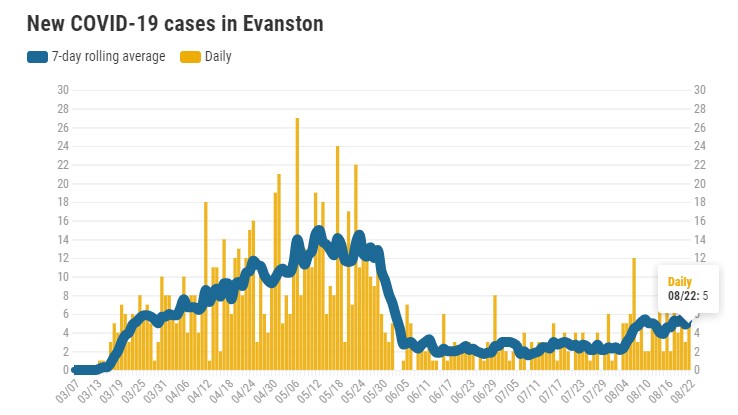 The state also reported a record high for coronavirus testing, with results reported for 56,766 residents, nearly 10% more than the previous record, set on Friday.

The statewide positive rate today was 4.2% compared to the seven day average of 4.3%

Evanston now has a total of 965 cases, but its death toll has remained unchanged for nearly a month-and-a-half at 71.

The Illinois Department of Public Health reported test results for 376 Evanston residents today and found four new cases for a positive rate of 1.1%.