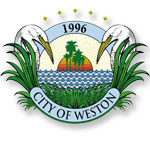 A Florida town almost as big as Evanston gets by with just nine city employees — because it's contracted out all its city services.

Governing magazine today reports that Weston, Fla., population 65,000, manages to provide all those services for just $121 million a year. That compares to a 2012 budget of $216 million to provide city services to the nearly 75,000 residents of Evanston.

Perhaps the biggest single cost difference is for fire and police protection. Weston contracts that work out to Broward County at a cost of $28 million.

Evanston pays a total of $57 million for its own police and fire departments, including penson payments.

Weston, described as an affluent communtiy 25 miles northwest of Miami, also has the lowest property tax rate in Broward County, at $2 per $1,000 of assessed valuation. Evanston's comparable rate is $13.64.

Voters who established Weston in the mid-1990s insisted on city charter provision that calls for contracting out all city services unless four out of five council members vote to make an exception.

But Jonas Prager, an economic professor at New York University who has studied Weston, told Governing it would be politically challenging — and in some cases legally difficult — for an older community to replace public workers on a large-scale basis with contract employees.