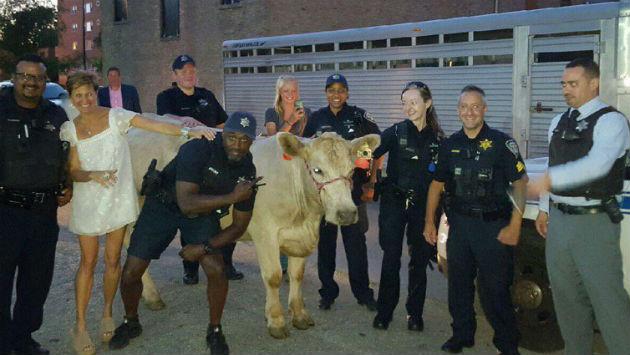 Work is now underway to convert the one-time Borden Dairy stables at the rear of 1016 Church St. into Amy Morton's planned new Evanston restaurant called The Barn — and guess who showed up for a little celebration last night?

An actual cow — and several police officers who responded to the report of "a cow on the loose."

Would we quibble and point out that the histories suggest it was actually the horses that pulled the delivery wagons, not the cows that produced the milk, that used to live there? Yes, of course we would.

The Barn's liquor license was introduced Monday at City Council, with final approval expected in two weeks. No word on an opening date yet. 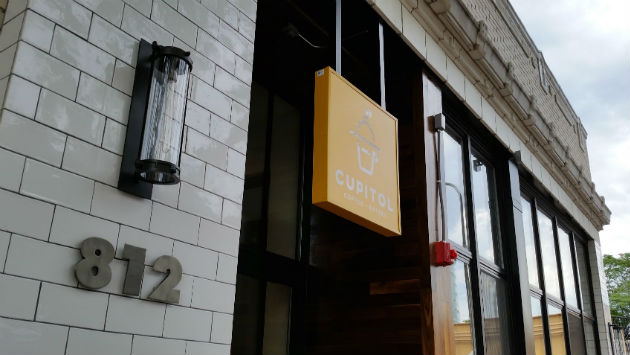 The bright yellow shrink wrap is off the building facade and the "now hiring" sign is up in the window of Cupitol Coffee and Eatery at 812 Grove St.

The hiring website says the owners are planning to open later this month.

The owners of Union Pizzeria at 1245 Chicago Ave. have expansion in mind. They're planning to add Union Squared, less than a block away at 1307 Chicago Ave.

Their liquor license was introduced at Monday's City Council meeting and is scheduled for final approval on July 25.

And you soon won't need to leave town to make a late night beer run. The City Council Monday introduced an ordinance to extend the hours for selling beer at the Shell station at 2494 Oakton St. until 2 a.m. from the current midnight cutoff. It, too, is set for a final vote July 25.

The gas station's owner had also asked to start sales at 6 a.m. rather than the current starting time of 8 a.m., but the Liquor Control Board didn't approve that idea.