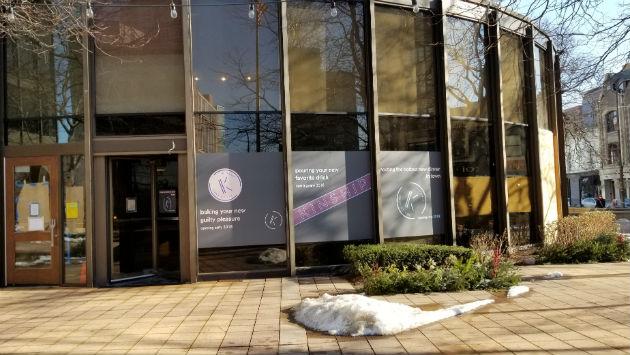 Opening day is drawing nigh for two new restaurants replacing the former Lyfe Kitchen in the rotunda at 1603 Orrington Ave. in downtown Evanston.

Next of Kin, a breakfast and lunch spot with counter service, is scheduled to open Jan. 31 Feb.1, while its larger relation, Kinship, will provide dinner and weekend brunch starting Feb. 6 Feb. 8.

Chef Marco Bahena says the breakfast menu will feature pastries, waffles and biscuits and at lunch time there’ll be a big salad bar.

He says the dinner side will feature “rustic traditional American” dishes, most prepared in a giant stone oven. For dessert, look for homemade eclairs. 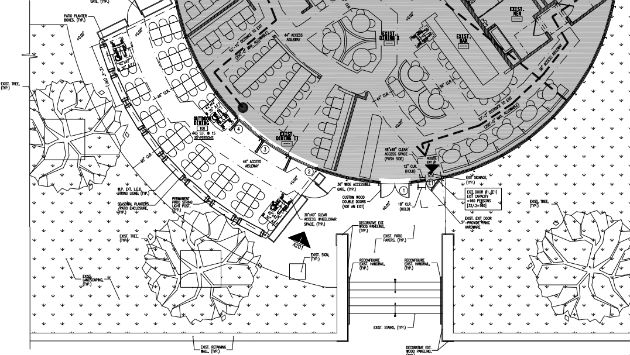 A detail from the patio plans submitted to the city.

Kinship owners L3 Hospitality group will go before the city’s Design and Project Review Committee on Wednesday, seeking approval of plans for a a new outdoor seating area up close to the building. Lyfe Kitchen’s al fresco dining space was further out on the plaza. 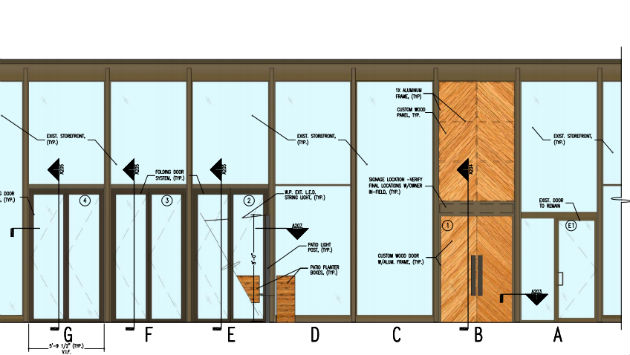 They plan to replace three of the fixed glass panels in the rotunda with folding glass doors to help connect the indoor and outdoor spaces in warmer weather. 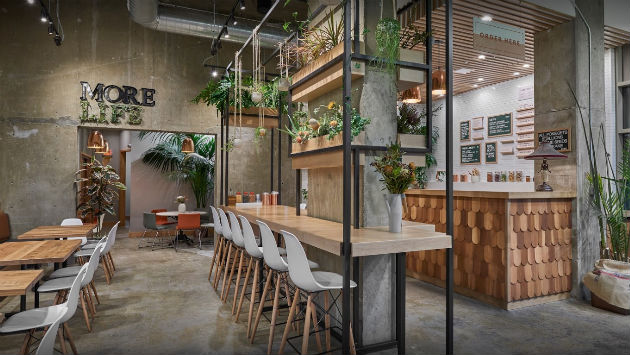 It offers tuna, salmon, steam shrimp and other seafood based dishes in a cuisine drawing inspiration from the Hawaiian islands.

And Beer on Central, a retail shop offering a big selection of craft beer and more limited offerings of craft spirits, wine, cider and mead is now operating at 1930 Central St., after some delays that pushed back their planned fall opening.

Update 1/17/18: This story has been updated to reflect a slight delay in the opening schedule for both restaurants.