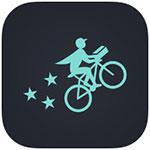 Postmates, a food delivery service that arrived in Chicago last spring, has announced its expansion to Evanston and other nearby suburbs.

The business — in a model similar to that of Uber or Instacart — uses independent contractors to deliver restaurant food orders to people who don't want to pick it up themselves.

Postmates says it will deliver within what it's calling its "North Chicago" area —  Evanston, Wilmette, Winnetka, Skokie and Rogers Park — within an hour for a $5 delivery fee. If you want food from elsewhere in Chicago it will take twice and long and cost three times as much.

The San Francisco-based company now operates in five major cities and has announced plans to expand to three more. It competes in the Chicago area in the food delivery space with GrubHub and Seamless.

A check of the Postmates online app this morning showed about 20 Evanston restaurants as featured stores. But Postmates claims to be able to arranged delivery from any restaurant in the area that offers carry-out service and to make deliveries from other kinds of stores as well.