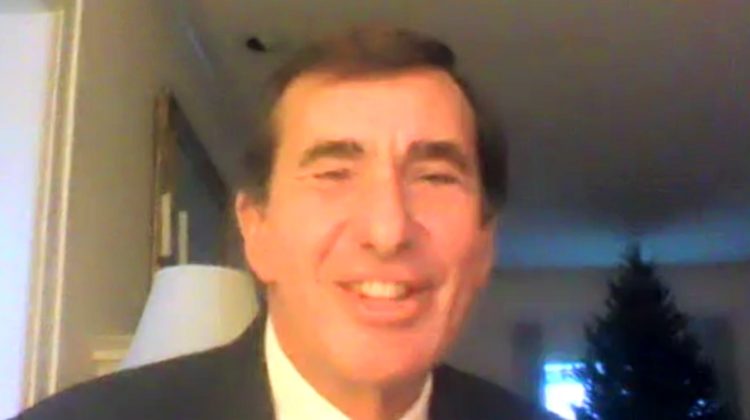 Evanston’s Electoral Board began hearing testimony this morning on six challenges filed to the nominating papers of five candidates in next year’s municipal election, but postponed action on all the cases until another hearing Thursday morning.

During testimony this morning it emerged that having a stapler at the clerk’s office where candidates were required to turn in their petitions might have reduced the Electoral Board’s workload.

Half of the challenges cited the failure to bind petition pages together as directed by the state election code as a reason for disqualifying candidates.

One of the challenged candidates, Rebeca Mendoza, who’s seeking to become 5th Ward alderman, said she looked for a stapler when she took her petitions to the clerk’s office but couldn’t find one. She claims Deputy City Clerk Eduardo Gomez told her it would be OK to turn them in as is.

Gomez conceded he had said that, but said he wasn’t intending to say that doing so would comply with the state law. “I meant that anyone is welcome to turn in petitions as they see fit.” Gomez said in response to a question from Ed Mullen, an attorney representing objector Willye L. Jefferson.

In the end all six cases were postponed over procedural issues.

Mendoza said she hadn’t been properly served by the sheriff with notice of the hearing and requested a delay to obtain representation by an attorney.

It turned out the notice of the hearing had been mistakenly sent to the home of Stephanie Mendoza, who’s a candidate for city clerk and whose petitions are not being challenged.

Eric Young, who wants to be 3rd Ward alderman and faces two different challenges to his effort to get on the ballot, said he hadn’t been properly served with notice either. His attorney, David Dale, said he’d only been retained Sunday night and asked for type to prepare a response.

Attorney David Foster, representing one group of objectors to Young’s petitions, said the requirement that petitions be bound is mandatory under state law and is designed to protect the integrity of the electoral process by making it hard to add or subtract petition sheets once the petitions are filed. “It requires effort to comply with the rules, but it’s doable,” Foster said.

The board gave Dale until Tuesday at 5 p.m. to submit his papers and the attorneys for the objectors until 5 p.m. Wednesday to submit a response — a pattern that ended up being followed for all the cases.

Shelley Ann Carrillo asked for time to submit a motion to dismiss the objection to her petitions. She said that while she only listed “alderman” as the office she is seeking, it was clear from her address on the petitions that she is running in the 8th Ward.

Because two members of the electoral board, Alderman Ann Rainey, 8th Ward, and City Clerk Devon Reid are candidates for 8th Ward alderman in next year’s election, they are recusing themselves from hearing Carrillo’s case, and Alderman Melissa Wynne, 3rd Ward, will substitute for Rainey on the panel for that case.

Jane Grover, who’s seeking to become the city clerk next year, sought time to file a motion to dismiss the objections to her petitions brought by Allie Harned and that was granted.

Mike Kreloff, the attorney for Alderman Eleanor Revelle, 7th Ward, had filed a motion to dismiss the objection to her petitions brought by Yvi Kraus Russell. Russell’s attorney, Andrew Finko, asked for a delay to give him time to file a response.