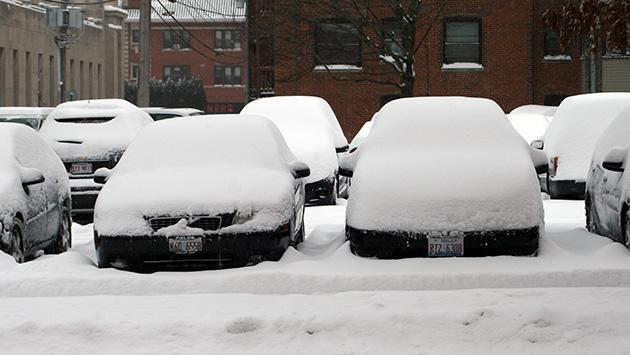 The National Weather Services says Evanston could get five to eight inches of snow from a storm expected to arrive late Monday afternoon and continue through the day on Tuesday.

The weather service say northeast winds could gust as high as 35 to 40 miles per hour resulting in periods of very low visibility and making travel very difficult.

With temperatures expected to be near freezing, the snow is expected to be very heavy. That, along with strong, gusty winds, will raise the chance of power outages from the storm.

The storm is also expected to cause minor to moderate flooding of parks and paths along the lake shore as waves of 8 to 12 feet batter the shoreline.

Update 10 a.m. 1/25/21: Edgar Cano of Evanston’s Public Works Agency says the heaviest snowfall is expected to run from 9 p.m. today through 3 a.m. Tuesday. He says total snowfall here is expected to be close to seven inches.

Then another storm on Wednesday could bring a bit more snow and possibly freezing drizzle.

Crews, he says, are getting ready for the storm.