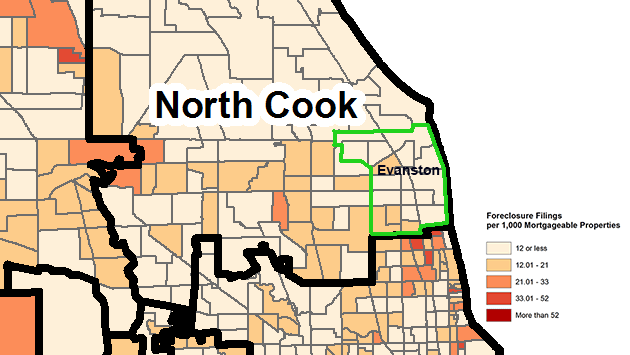 Foreclosure filings in Evanston declined by 41.7 percent last year compared to the year before.

That's based on newly-released figures from the Woodstock Institute.

The decline in Evanston was just one-tenth of a percentage point higher than the drop for Cook County as a whole.

But the Woodstock Institute said the number of completed foreclosure auctions declined only slightly and continue "at an alarming rate."

Foreclosure auctions in Evanston dropped by 9 percent, to 111. Countywide they dropped by 6.1 percent.