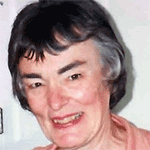 News of her death was reported by the city manager's office this afternoon.

In a profile published two years ago in instructional materials for high school students on civics produced by The DBQ Project, based in Evanston, Brady was described as a long-time community activist who also worked for 22 years as executive director of a non-profit housing organization.

In addition to raising five children, she also served as a PTA board member, a volunteer chair for congressional campaigns and an active member of the local League of Women Voters.

Born on Chicago's north side, Brady graduated from Mundelein College. She died at age 77 after a battle with cancer.

She was a former staffer to U.S. Rep. Abner Mikva and worked as manager of scattered-site housing for the Chicago Housing Authority.

As an alderman, she made the news supporting a 1985 proposal to limit the people who could stay in a local homeless shelter to persons with ties to Evanston and supporting an effort to limit the number of fast food restaurants in Evanston.

In 2003 she unsuccessfully argued for a redistricting plan that would have given Evanston six wards, each represented by two aldermen.

Mikva this week said Brady was “one of the most wonderful people I have known. She lived her religion in every human way – not in saving people’s souls but in saving their lives.”

Visitation for Brady will be Tuesday at Donnellan Funeral Home in Skokie from 4 to 8 p.m. Funeral services will be held at 2 p.m. Wednesday at the Sheil Catholic Center, 2110 Sheridan Road.