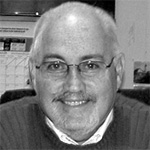 Max Rubin, the former director of facilities management for the City of Evanston, has died.

Rubin served in that position from 1978 until the position was eliminated in 2007 and completed his career with the city as emergency preparedness manager until his retirement in 2008.

As facilities director he was involved in numerous city construction projects, including oversight of construction of the Sherman Plaza garage and the long-running debate over whether to carry out various improvements to the Civic Center.

The emergency preparedness function since has been reassigned to the city's fire department.