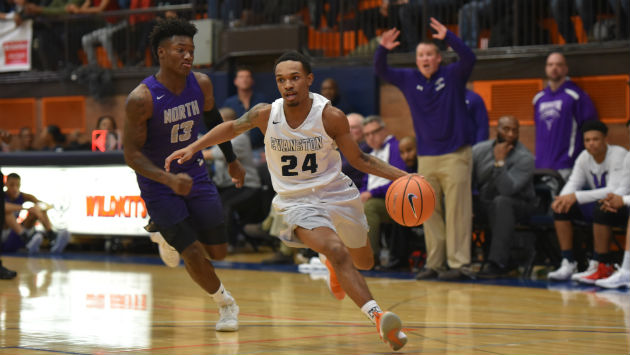 Ryan Bost on the court for the ETHS Wildkits in February 2018. (Ann Tarpey photo)

Bost, 20, reportedly was taken to St. Francis Hospital where he was pronounced dead.

Several Evanston aldermen expressed their sympathy for the Bost family on the loss of their son during Monday night’s City Council meeting.

On Facebook, the Evanston Fight for Black Lives group wrote, “Many of us knew him as a kind, caring and considerate soul. He will always be remembered for his involvement as a star player on the ETHS basketball team, as well as a loving member of our Evanston community.”

Further details about the circumstances of Bost’s death and information about funeral arrangements were not immediately available.

Update 7:25 p.m.: A GoFundMe fundraiser has been established for Bost’s family.