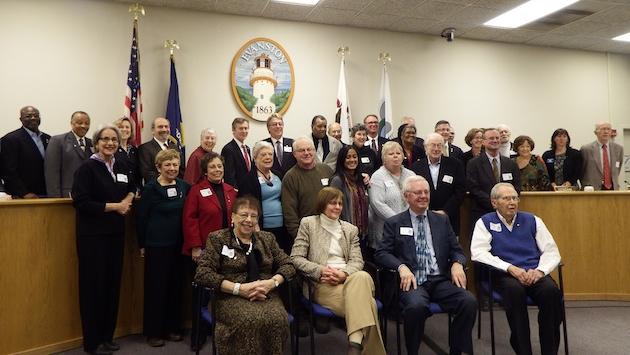 A chorus of former and current Evanston aldermen and mayors sang "Happy Birthday" at a special reception Monday to honor both the city's 150th birthday and its former elected leaders.

Addressing the roughly 40 people gathered at the event, Mayor Elizabeth Tisdahl said she and the nine aldermen currently serving on the City Council are "standing on the shoulders of everyone who came before us." 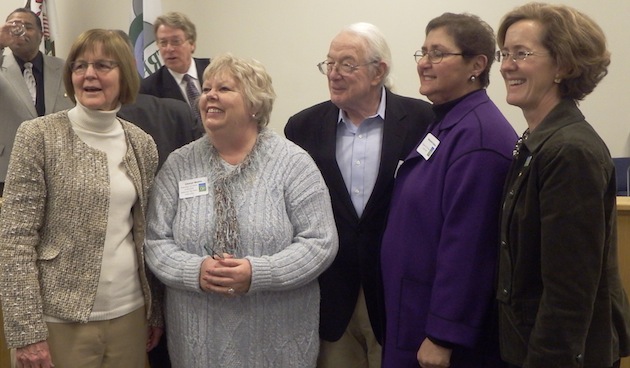 "We are so grateful we concluded that every 150 years you should be thanked," she said to a chuckling crowd.

"I feel so accomplished to have taken on a job I knew nothing about," he said in reference to his time working for the city in the early 1970s.

But Frazier did put his graphic design skills to use — what he said he went to college for — when he redesigned the city seal still in use today.

When asked why the city decided to put on the reception, City Manager Wally Bobkiewicz said that the 150th birthday celebration had focused primarily on the community, and this was a way to shift the focus to the government side of things.