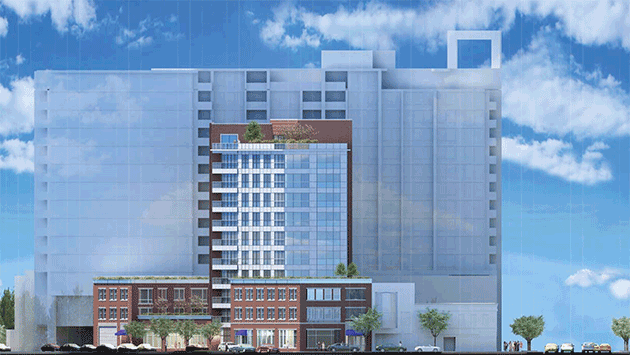 Developer Michael McLean has scheduled a neighborhood meeting for next week to discuss the transit-oriented project, which calls for 101 rental apartments and about 4,000 square feet of ground-floor retail space at the corner of Elmwood Avenue and Davis Street.

The property is an "L" shaped lot, in which the Maple Avenue frontage formerly housed the funeral home building and the Davis and Elmwood frontages were used for surface parking. 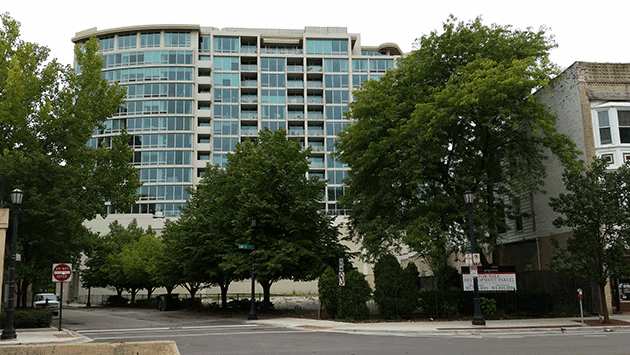 Looking south from Davis and Elmwood today, toward the One Evanston high-rise condo building, formerly known as the Winthrop Club.

McLean sais the plans call for small apartments, with 20 percent of them studios, which, he says, are rare in downtown Evanston.

The retail component, he says, is meant to draw shoppers from the east side of the tracks to the West side of Davis Street. 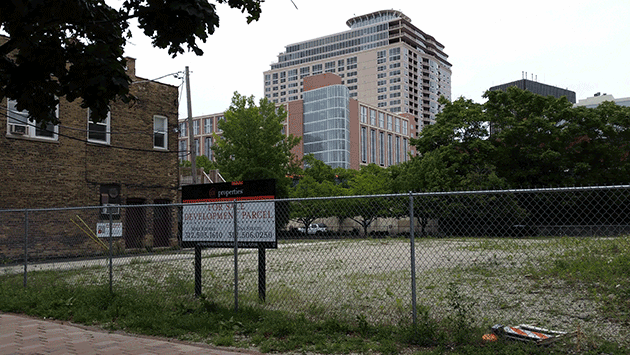 The Maple Avenue frontage, showing Sherman Plaza in the background.

The existing two- and three-story commercial buildings at the corner of Davis and Maple would not be part of the new development. 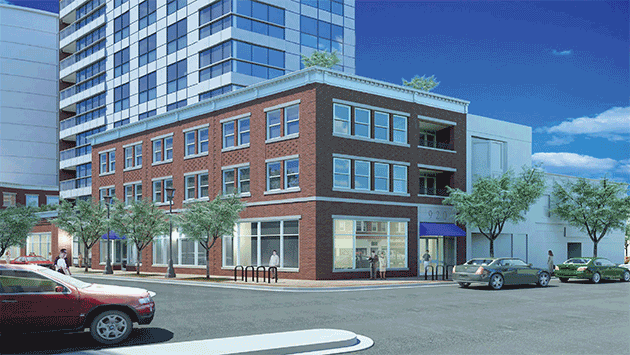 A view of the planned development, looking southwest from the intersection of Elmwood, Davis and the Metra tracks.

McLean says the retail space will be built to the property line of Davis and along Elmwood, which runs diagonally in that block because of the adjacent Metra tracks.

He said it will turn Elmwood, "what was effectively an alley," into "a productive extension of downtown."

The developers — Centrum Partners and Condor Partners — plan to lease parking for the apartment units at the city's Maple Avenue garage, two blocks to the north.

The garage, McLean says, is underutilized, and the arrangement will provide new revenue for the city while saving on construction costs for the building.

With two commuter rail stations less than a block away, McLean said, tenants in the apartments may still have cars, but should only need to use them occasionally.

The developers plan to provide 15 parking spots off Maple Avenue open to retail shoppers in the neighborhood.

"We are hoping this helps fill the vacant storefronts" in the base of the One Evanston building, McLean said, "and provides more desperately needed parking for other businesses along Davis."

He said the new tower building is positioned perpendicular, rather than parallel, to its taller neighbor. "The effect is a very narrow intersection of the buidings, which creates a dnyamic skyline," McLean added.

The meeting for neighbors to discuss the project is scheduled for 7 p.m. on Thursday, Sept. 18, at the Civic Center.