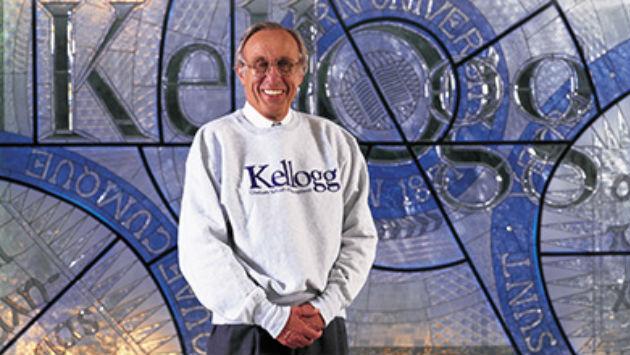 A celebration of the life of Donald P. Jacobs, dean of the Kellogg School of Management at Northwestern University from 1975 until 2001, will be held Dec. 8 at 3 p.m. in the Alice Millar Chapel on the university’s Evanston campus.

Jacobs, 90, who died on October 30, was also a professor of finance at Northwestern since 1957.

Northwestern President Morton Schapiro lauded the internationally recognized business education leader as “a transformational leader for Kellogg, for Northwestern, and for American higher education. To a great extent, he created the model for business education through the combination of a dynamic MBA curriculum, outstanding PhD programs, and intensive executive education.”

Jacobs’ successor as Kellogg dean, Sally Blount, described her predecessor as “a man of high standards and great warmth,” who shaped the careers of thousands of Kellogg  faculty, students, and staff.

“For me,” she said, “he was both a mentor and friend. The bravery he modeled in the choices he made on behalf of Kellogg over his 26 years as dean has been and will continue to be a daily source of inspiration to me and countless others.”

Among his many achievements, he was named the Gaylord Freeman Professor of Banking in 1979 and he was awarded 10 honorary degrees from the U.S., Middle East, Asia, and Europe.

He was the senior economist for the Banking and Currency Committee of the U.S. House of Representatives from 1963 to 1964, and from 1970 to 1971 he served as co-staff director of the Presidential Commission on Financial Structure and Regulation (The Hunt Commission).

In 1980, he was named officer of the Association des Membres de l’Ordre des Palmes Académiques (France). In 1999 he was appointed a knight commander of Thailand’s Most Admirable Order of Direk-Gu-Na-Bhorn, and in 2003 he was named an officer of the Kroon Order by the King of Belgium.