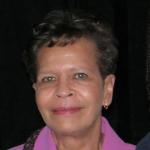 Patricia Mitchell, who retired in 2009 as principal of the Bessie Rhodes Magnet School, died Thursday of cancer, according to a report from the Evanston/Skokie District 65 communications office.

Mitchell, who started service with the district as a kindergarten aide in 1980, was principal at Dewey Elementary School from 1991 to 1998, at Timber Ridge from 1998 to 2006, and at Bessie Rhodes from 2007 until her retirement.

She returned as interim principal at Dewey from February to June of 2011.

She also served as a teacher at Walker Elementary School and worked in the district’s central office as a personnel assistant in 1990-1991.

The report said that the family will hold a private service with plans for a memorial in the future.