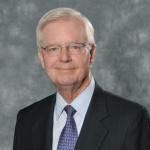 The locally owned and managed community bank was founded in 1995 by Robert Yohanan, Howard Kain, and Lytle, who began his career in banking in 1964 at the State Bank of Evanston.

While maintaining his banking career, he served a term as alderman of the 6th Ward in 1973, and then served consecutive terms as mayor in 1977 and 1981.

After his term in office, Lytle joined the Pioneer Bank in Chicago. In 1988, he and four other managers launched an initial public offering and bought that bank.

In 1993, the partners sold Pioneer Bank, and Lytle, Kain, and Yohanan went on to found First Bank & Trust.

His honors and awards include the Studs Terkel Humanitarian Award from the Illinois Humanities Council, a Community Leadership Award from the Evanston Chamber of Commerce, and a Special Lifetime Volunteer Recognition Award presented jointly by the City of Evanston, the Evanston Community Foundation, Evanston/Skokie School Districts 65 and 202, and Northwestern University.

Managing Director and CEO Robert Yohanan said, "When we started the bank nearly 20 years ago, Jay was a master of all trades. No duty was too small and no challenge too complex. Jay was instrumental in developing a strategic vision for the bank and he worked tirelessly to establish meaningful and long-lasting relationships with local businesses and residents.”