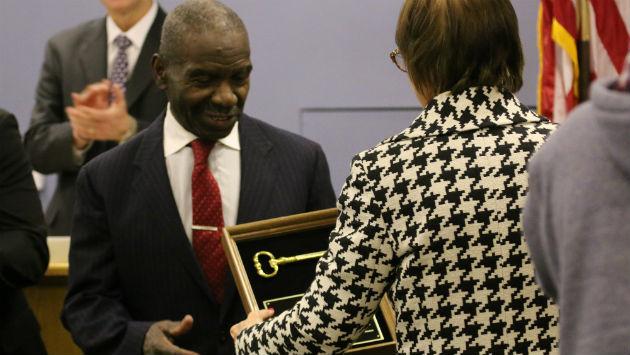 Knox, 83, says he began playing baseball professionally when he was 14 and had a four year career in the league as a catcher with the Chicago American Giants and the New Orleans Eagles between 1949 and 1952.

He moved to Evanston in the 1970s where he managed a dry cleaning business and raised his six children as a single parent after his wife died in 1963.

The Negro League, which was formed in 1920 after Jim Crow laws barred black players from competing on white teams, gradually faded after Jackie Robinson broke the color barrier when he was hired by the Brooklyn Dodgers in 1945, and it went out of existence in the early 1960s.

Knox, who makes occasional public appearances at local schools, is believed to be one of only a few dozen Negro League players still alive.