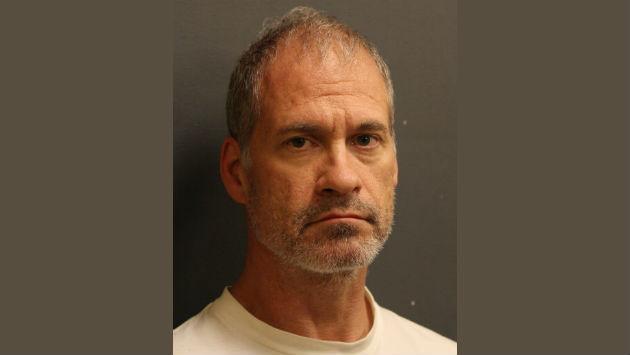 A 56-year-old former priest from Tulsa, Oklahoma, Kenneth Lewis, has been charged with sexually assaulting a 13-year-old boy in an Evanston hotel room in July 2001.

The arrest was first reported this morning by the Chicago Sun-Times. The incident took place at what’s now the Holiday Inn at 1501 Sherman Ave.

Update 3:15 p.m.: Evanston police this afternoon said the victim, a Tulsa resident, was on a visit to Evanston with his family and Lewis when the incident occurred.

The boy’s parents reported the incident to police in Tulsa nearly three years after the alleged assault. It was not immediately clear what led to the long delay in filing charges, but Evanston police say Lewis could not be charged as part of the initial investigation.

Last year, Cmdr. Ryan Glew says, the Evanston Police Juvenile Bureau and the Cook County State’s Attorney’s Office reopened the investigation, which led to the issuance a warrant for his arrest on Dec. 27.

Lewis reportedly was living in Ecuador for most of the past year. He was arrested when he flew back from Ecuador to Atlanta, Georgia, on May 9.

Lewis attended the St. Mary of the Lake Seminary in suburban Mundelein between 1987 and 1991 but apparently was never assigned to work as a priest in the Chicago area. According to the Sun-Times, he has faced an extensive history of sexual abuse allegations in Oklahoma.

An attorney for Lewis says he denies the charges and that he intends to enter a not guilty plea.

He’s next scheduled to appear in cout at the Cook Court House at 26th and California in Chicago on Tuesday..