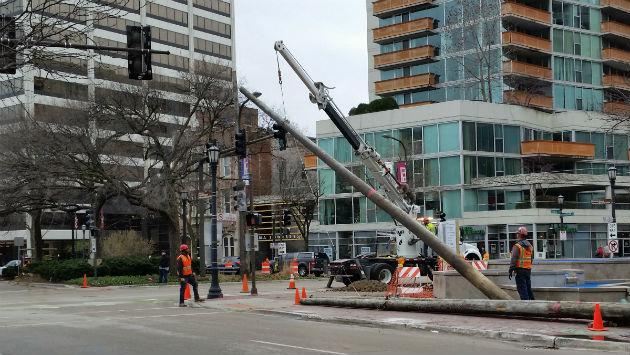 This afternoon crews were putting up poles to hold temporary traffic signals at the intersection of Davis Street with Sherman and Orrington avenues for use during the construction project.

Work on the project, which began last month after years of planning, is scheduled to be completed by August 2018.

It’s at least the fourth time the square has been redesigned since the downtown area was first laid out over a century and a half ago.

The new design will have a new fountain and war memorial plus expanded seating areas both in the plaza north of Davis Street and what’s now a traffic island south of the intersection.