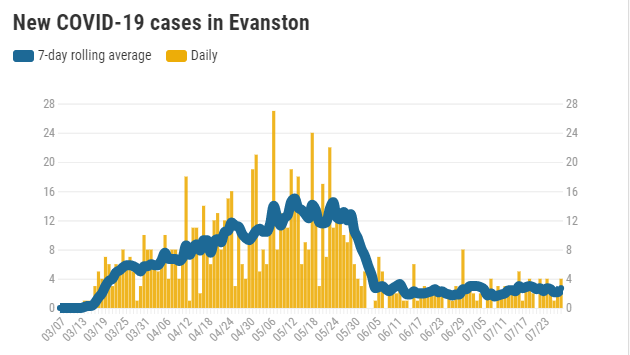 <p>Evanston now has a total of 859 cases of the novel coronavirus, but the city’s death toll from the pandemic has held steady at 71 for the past two-and-a-half weeks.</p>

<p>The Illinois Department of Public Health reported results of tests of 28,331 people today, the lowest number of tests results in the past three weeks. The positive rate today was 3.8% and that was also the seven-day average positive rate.</p>