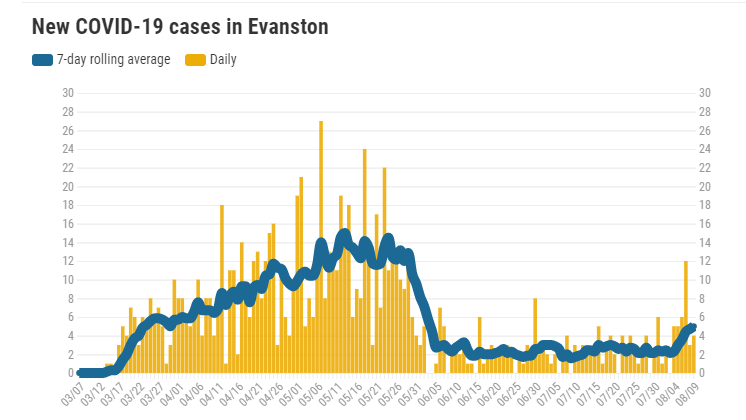 The seven-day average of daily cases counts for Evanston now stands at 5, and for the state at 1,734. Both are at their highest level since early June.

The Illinois Department of Public Health reported test results for 207 Evanston residents today. With four positive results that amounts to a positive rate of 1.9%. Statewide, with results of 41,354 tests reported today, the positive rate was 3.3% compared to a seven-day average of 4.1%

The City of Evanston had not yet released its COVID-19 data update for the day when this story was published.