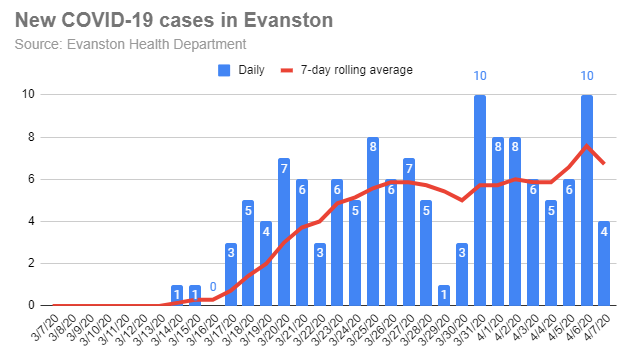 Gov. J.B. Pritzker, at his news conference this afternoon, said the the number of people hospitalized for non-coronavirus reasons has dropped in recent days — in large part because there’ve been fewer traffic accidents resulting in injuries because of the reduction in people on the roads.

But, despite that, he said, the percentage hospital beds that are not in use has declined as the number of COVID-19 patients increases.

The governor also seemed to be indicating that the state’s restrictions on activities may extend well beyond the ned of this month.

Solutions that would allow a return to normal — a vaccine, effective treatments, tests for antibodies to the virus — are coming, he said, but they’re not coming “today, tomorrow or next month ” and life is unlikely to return to normal “in the next few weeks or even the next several months.”