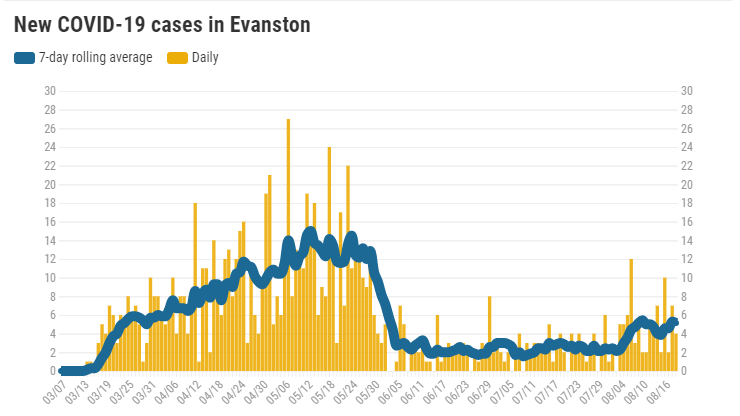 Evanston’s case count now stands at 951 while the death toll here has remained unchanged at 71 since July 11.

The state topped the 50,000 mark for COVID-19 tests for the first time today, reporting results for 50,299 people. The day’s positive test rate was 4.6% and the seven-day average positive rate now stands at 4.4%

The Illinois Department of Public Health reported tests results for 248 Evanston residents today and said seven of them tested positive, for a positive rate of 3.3%.