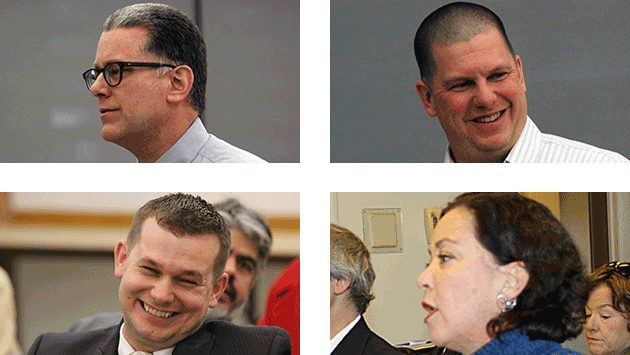 Four people told residents at a 9th Ward meeting tonight that they'd like to be the ward's next alderman.

In the wake the announcement last month by Alderman Coleen Burrus that she's leaving Evanston to take a job at Princeton University, Mayor Elizabeth Tisdahl, who is charged with naming a replacement, called the meeting to gather ideas from residents about the qualities they'd like to see in a new alderman.

But the session also turned into an opportunity for four would-be aldermen to introduce themselves.

A crowd of about 50 people turned out for the meeting at the Levy Center, and in response to suggestions from several people in the audience, the mayor agreed to try to schedule another meeting at which the four candidates — and any others who emerge — could meet with residents and discuss their positions on the issues.

A date for that meeting hasn't been set, but it likely would be sometime the week of April 13.

Residents at the meeting suggested everything from potholes to vacant buildings to economic development would be important things for a new alderman to be concerned about.

Other aldermen at the meeting noted that the part-time job pays less than $13,000 a year and that, as Alderman Don Wilson, 4th Ward, put it, "you're always on call" to respond to issues.

And aldermen don't have a staff or office either — "the phone is your office," Wilson said, holding up his cell phone.

"It's a lot of work," Wilson said, "But I love doing it, I'm thrilled to have the opportunity, so it's totally worth it."