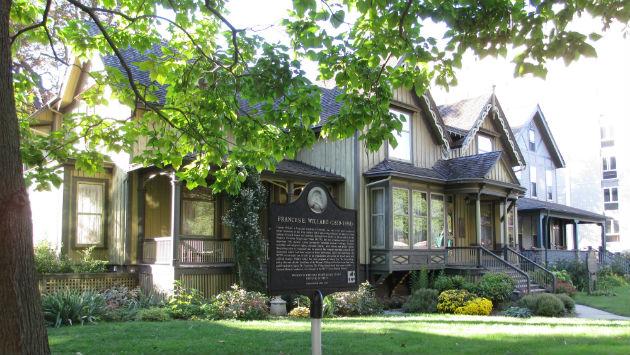 The Frances Willard House Museum in Evanston has completed an extensive year-long restoration and will re-open for the regular tour season on Sunday, March 5.

Tours will take place every Sunday through December at 1, 2 and 3 p.m.

Tour fees are $10 for adults and $5 for children 12 and under. FWHA members are free. Special and group tours are available upon request.

Willard was a 19th century women’s rights leader, social justice advocate, and political activist. She was most well-known as the President of the Woman’s Christian Temperance Union (WCTU), but her “Do Everything” agenda for social reform went far beyond temperance to include women’s rights, social justice, and world peace.

Willard died in 1898, leaving the house at 1730 Chicago Ave. in Evanston to the WCTU for its continued work. The WCTU opened the house as a museum in 1900, making it one of the earliest museums dedicated to a woman. The house was designated a National Historic Landmark in 1965. The Frances Willard Historical Association now manages the house as a museum.