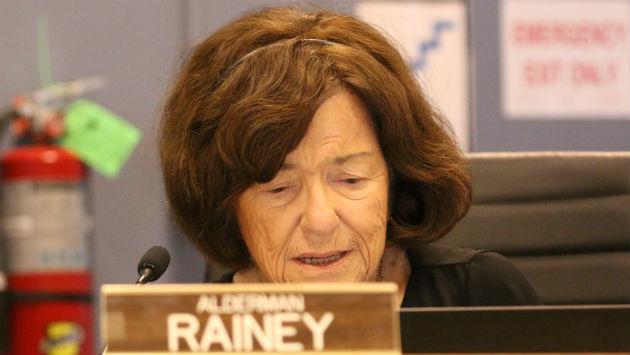 Evanston aldermen appear ready to repeal the fees for Sunday afternoon and evening on-street parking that they imposed last year.

Rainey suggested the city could make up what Interim City Manager Erika Storlie said would be about $300,000 in revenue lost from the repeal by permitting video gaming in the city.

Niles reportedly made $377,000 in taxes and fees from video gambling in its last fiscal year from 26 video gaming locations in the village. Nearly all those locations have what at the time was the state-mandated maximum of five gaming machines. The state ceiling since has been raised to six machines.

Evanston so far has not authorized video gaming, and none of the other aldermen picked up on the video gaming idea, but they generally agreed with the proposal to wipe out the Sunday parking charges.

Mayor Steve Hagerty will hold a town hall meeting about the budget at 7 p.m. Thursday at Temperance Beer Co., 2000 Dempster St., at which residents can offer their thoughts about Sunday parking fees, video gaming or any other budget issue.

Aldermen on Monday generally said they weren’t thrilled about the plan they approved last year that will see hourly on-street parking rates rise from $1.50 to $2 on Jan. 1. But none proposed actually repealing it — at least in part because of the big hole repeal would leave in the budget — a gap Storlie estimated at $1.5 million to $1.9 million.

Alderman Eleanor Revelle, 7th Ward, proposed exempting the Central Street shopping district from the increase, saying shoppers there don’t have the option of cheaper garage parking that exists downtown. She argued that with free parking available just a few blocks away in Wilmette, the Central Street merchants need a break on the parking charge.

But Alderman Judy Fiske, whose 1st Ward includes much of downtown, said she doesn’t see problems on Central Street, but downtown merchants, by contrast, “are really struggling.” She said the rates should be fair to everyone in the city.

Alderman Cicely Fleming, 9th Ward, said she supported taxing Northlight, which is planning to return to downtown Evanston after many years in Skokie.

Rainey suggested exempting smaller theater groups from the tax, and City Attorney Michelle Masoncup suggested that might most easily be done by imposing the tax only on venues that have more than a certain number of seats.