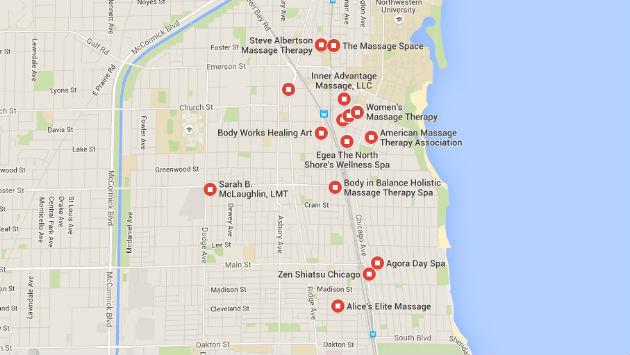 An ordinance to require city licenses for massage therapists and body workers in Evanston is scheduled for a final vote at City Council tonight after revisions that the city attorney says have been approved by industry representatives.

An earlier version of the licensing plan came in for sharp criticism from owners of some of the estimated 50 massage therapy businesses in the city — who said it could force legitimate practitioners out of business.

Police Chief Richard Eddington had sought the new ordinance, saying it would simplify enforcement efforts against massage parlors that are a front for prostitution activities.

The new licensing approach follows a failed effort four years ago to require special use approval for any new massage businesses.

The ordinance would bar anyone who had a prior state or city massage or bodywork license revoked from receiving a new license for two years. It would also impose a lifetime ban on licensing anyone convicted of prostitution, rape, sexual misconduct or any crime requiring registration as a sex offender.