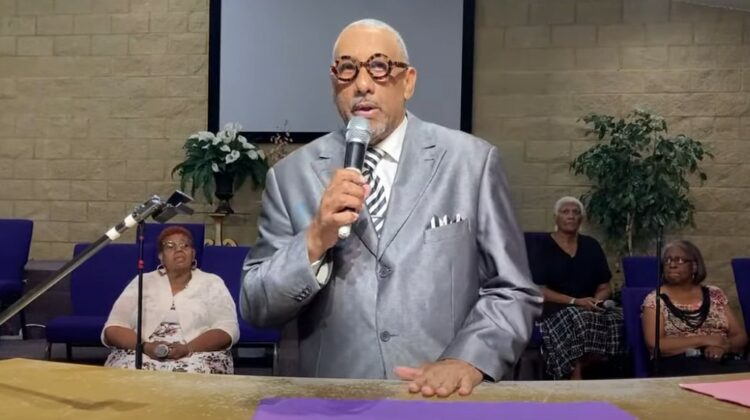 Zollie Webb, in a Friendship Baptist Church service posted to YouTube on Aug. 29.

The Rev. Zollie Webb, pastor of Friendship Baptist Church in Evanston, has died.

Numerous parishioners and community members have expressed their sorrow at his passing on his Facebook page.

The City of Evanston honored Webb in 2017 with an honorary street name designation for Foster Street between Hartrey Avenue and Emerson Street.

The city resolution noted that Webb had also been a city employee for 25 years and served as community outreach coordinator for the Parks, Recreation and Community Services Department.

He also served on the African American Ministerial Alliance, raised funds to support the Mayor’s Summer Youth Employment Program and served as a foster parent for more than 50 young men.

Update 9/12/21: Services for the Rev. Zollie Webb will include visitation all day Wednesday, Sept. 22, at Friendship Baptist Church.

The funeral will be at 11 a.m. Thursday, Sept. 23, at First Church of God Christian Life Center, 1524 Simpson St., followed by a repast at the Fleetwood-Jourdain Center, 1655 Foster St.