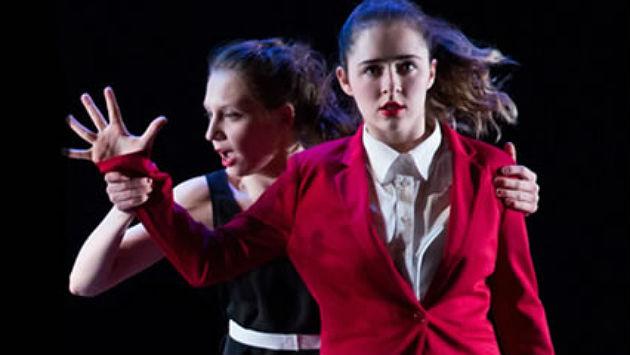 SummerStage events include National Theatre Live broadcasts of Academy Award nominee Ralph Fiennes in “Man and Superman” on June 2, the Olivier-Award winning production of “A View From the Bridge” on June 3, the encore screening of “The Audience” starring Helen Mirren on June 25, the Stratford Festival’s “Antony and Cleopatra” on July 21, and British Academy of Film and Television (BAFTA) winner and Academy Award nominee Chiwetel Ejiofor in “Everyman” on Aug. 4, based on the famous and anonymously-written late 15th-century morality play.

In addition, Jump Rhythm Jazz Project’s “Getting Down, Going Forward” June 12-13 dance concert; the Johnny Mercer Foundation Songwriters Project’s  “Songwriters in Concert” on June 27; and a Mainstage production of the multi award-winning Stephen Sondheim musical “Into the Woods,” running July 17-Aug. 2, also will be performed on the Evanston campus this summer.

The following SummerStage 2015 season events will be held in venues on the University’s Evanston campus, including the Josephine Louis Theater, 20 Arts Circle Drive; and the Ethel M. Barber Theater, 30 Arts Circle Drive as noted.

National Theatre Live broadcast of “Man and Superman,” 7 p.m. Tuesday, June 2 at the Ethel M. Barber Theater. Academy Award nominee Ralph Fiennes (“The English Patient,”  “Schindler’s List,” “Oedipus” at the National Theatre) plays Jack Tanner in this exhilarating reinvention of George Bernard Shaw’s witty and provocative classic. Tanner, a celebrated radical thinker and rich bachelor, seems an unlikely choice as guardian to the alluring heiress, Ann. But she takes it in stride and, despite the love of a poet, she decides to marry and tame this dazzling revolutionary. Tanner, appalled by the whiff of domesticity, is tipped off by his chauffeur and flees to Spain, where he is captured by bandits and meets The Devil. An extraordinary dream-debate, heaven versus hell, ensues. Following in hot pursuit, Ann is there when Tanner awakes, as fierce in her certainty as he is in his. A romantic comedy, an epic fairytale, a fiery philosophical debate, “Man and Superman” asks fundamental questions about how we live. Tickets are $10 to $20.

National Theatre Live broadcast of “A View From the Bridge,” 7 p.m. Wednesday, June 3 at the Ethel M. Barber Theater. Mark Strong (“The Imitation Game,” “Tinker, Tailor, Soldier, Spy”) leads the cast in the Young Vic’s “magnetic, electrifying, astonishingly bold” production of “A View from the Bridge” — the Evening Standard, Guardian and Independent’s top theatre pick of 2014. The great Arthur Miller confronts the American dream in this dark and passionate tale. In Brooklyn, longshoreman Eddie Carbone welcomes his Sicilian cousins to the land of freedom. But when one of them falls for his beautiful niece, they discover that freedom comes at a price. Eddie’s jealous mistrust exposes a deep, unspeakable secret — one that drives him to commit the ultimate betrayal. The visionary Ivo van Hove directs this stunning production of Miller’s tragic masterpiece, broadcast from London’s West End by National Theatre Live. Tickets are $10 to $20.

Jump Rhythm Jazz Project in “Getting Down, Going Forward,” 8 p.m. Friday, June 12 and 8 p.m. Saturday, June 13 at the Josephine Louis Theater. Jump Rhythm Jazz Project (JRJP), described by the Chicago Reader as “a miracle of inventive energy,” returns to the Louis Theater with an all-new program of dance that celebrates the legacy of Northwestern University’s influence on one of Chicago’s most beloved dance companies. Curated by Emmy Award-winning Artistic Director Billy Siegenfeld, Jump Rhythm Jazz Project’s “Getting Down, Going Forward” program features several new works from JRJP company members Brandi Coleman (Northwestern adjunct faculty member), Kevin Durnbaugh (Northwestern alumnus), as well as current Northwestern students whose work is deeply influenced by the famed Jump Rhythm Technique. Using their bodies and voices to bring human stories to life with powerful energy and honest emotion, this joyous concert looks forward to the lasting influence of Jump Rhythm Jazz Project across generations of choreographers, dancers and audiences. Single tickets are $25 for the general public; $22 for seniors over 62, Northwestern University faculty, staff and educators; $10 for full-time students; or $5 for Northwestern students advance purchase only.

National Theatre Live broadcast of “The Audience,” 7 p.m. Thursday, June 25 at the Ethel M. Barber Theater. Helen Mirren reprises her Academy Award-winning role as Queen Elizabeth II in an encore screening of the original West End production of “The Audience,” captured live in London in 2013, and featuring an exclusive new Q&A with key members of the cast and creative team. For 60 years, Queen Elizabeth II has met with each of her 12 prime ministers in a private weekly meeting. This meeting is known as The Audience. No one knows what they discuss, not even their spouses. From the old warrior Winston Churchill, to the Iron Lady Margaret Thatcher, right up to today’s meetings with the current incumbent David Cameron, the Queen advises her prime ministers on all matters both public and personal. Through these private audiences, we see glimpses of the woman behind the crown and witness the moments that shaped a monarch. Single tickets are $10 to $20.

“Into The Woods,” music and lyrics by Stephen Sondheim, book by James Lapine, directed by Scott Weinstein with music direction by Ryan T. Nelson, July 17 through Aug. 2, at the Ethel M. Barber Theater. When a baker and his wife learn their wish to have a child is threatened by a witch’s curse, their quest to break the spell brings them face to face with Cinderella, Little Red Riding Hood, Jack (of “Beanstalk” fame) and Rapunzel. Their fondest wish is granted as they enter the dark, mysterious woods, believing a “happily-ever-after” is in sight. However, when a giant threatens to destroy their village, they must abandon their perfect storybook lives and come together to write a new ending to their fairy tale. Single tickets are $5 to $30. Discounts are available for groups of eight or more.

Stratford Festival broadcast of “Antony and Cleopatra,” 7 p.m. Tuesday, July 21, at the Ethel M. Barber Theater. The steamy story of a midlife affair that shook the foundations of the ancient world comes to vivid life in the Stratford Festival production of Shakespeare’s “Antony and Cleopatra,” starring Geraint Wyn Davies and Yanna McIntosh as the powerful rulers whose insatiable love leads to the greatest of tragedies. Director Gary Griffin paints an unforgettable landscape depicting the devastation wrought by the heart’s transgressions. Single tickets are $10 to $20.

National Theatre Live broadcast of “Everyman,” 7 p.m. Tuesday, Aug. 4, at the Ethel M. Barber Theater. British Academy of Film and Television (BAFTA) winner and Academy Award nominee Chiwetel Ejiofor (“12 Years a Slave”) takes the title role in this dynamic new production of one of English drama’s oldest plays, directed by the National Theatre’s new director Rufus Norris (“Broken,” “London Road”). ‘Everyman” is successful, popular and riding high when Death comes calling. He is forced to abandon the life he has built and embark on a last, frantic search to recruit a friend, anyone, to speak in his defense. But Death is close behind, and time is running out. One of the great primal, spiritual myths, “Everyman” asks whether it is only in death that we can understand our lives. A cornerstone of English drama since the 15th century, it now explodes onto the stage in a startling production with words by Poet Laureate Carol Ann Duffy and movement by Javier De Frutos. Single tickets are $10 to $20.