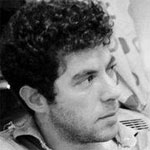 Funeral services will be held at 11 a.m. today for Alex.Okrent, 29, the Obama campaign worker from Evanston who collapsed and died Friday at the presidential re-election campaign's Chicago headquarters.

The services will be held at the Jewish Reconstructionist Congregation, 303 Dodge Ave., in Evanston.

Autopsy results over the weekend were inconclusive about the cause of Okrent's death.

The Chicago Tribune quotes Okent's father, Michael, as saying his son, who had worked for the president's campaigns since volunteering in his race for the Senate in 2004, was planning to shift gears after the November election and find a new way to carry out his devotion to progressive politics.

In addition to his father, Okrent is survived by his mother, Lynn Pollack, sister Abby Okrent and grandmother Susan Okrent.

The family has asked that in lieu of flowers, memorials in his memory be made to The Obama for America Campaign, www.barackobama.com, ACLU, www.aclu.org, or JRC.