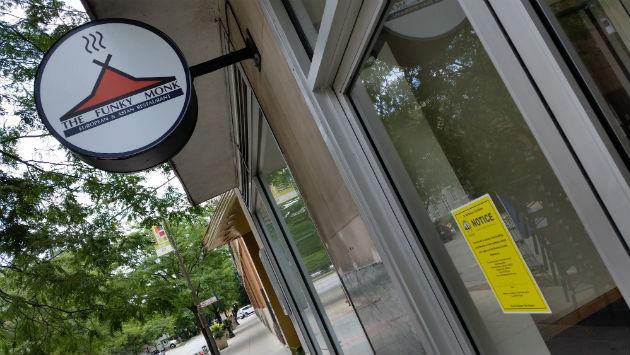 The Funky Monk has become the latest of a long line of restaurants to fail in what you almost might imagine was a cursed location at 618-1/2 Church St.

The warning sign from the city — that any new restaurant has to be inspected before opening — is again posted on the door.

The Funky Monk featured Russian and Mongolian cuisine and got mixed but frequently quite favorable reviews on Yelp in its less than a year of operation, before it closed a few weeks ago. A liquor license, added this spring, apparently wasn't enough to save it.

The spot, in the Carlson Building, has also been home to Aguas Tortas, late 2012 to early 2015; Uber Burger and then Neu Uber Burger, around the turn of the decade; Jamaica Gates, circa 2007, and before that Tanzitaro.